Lionel Messi drew level with Cristiano Ronaldo’s tally of four European Golden Shoes after receiving the award at a ceremony in Barcelona on Friday.The FC Barcelona superstar claimed the prize – handed to Europe’s top goalscorer – for his 37 LaLiga strikes in 2016-17.It is the fourth time Messi has taken the honours, after his successes in 2010, 2012 and 2013. 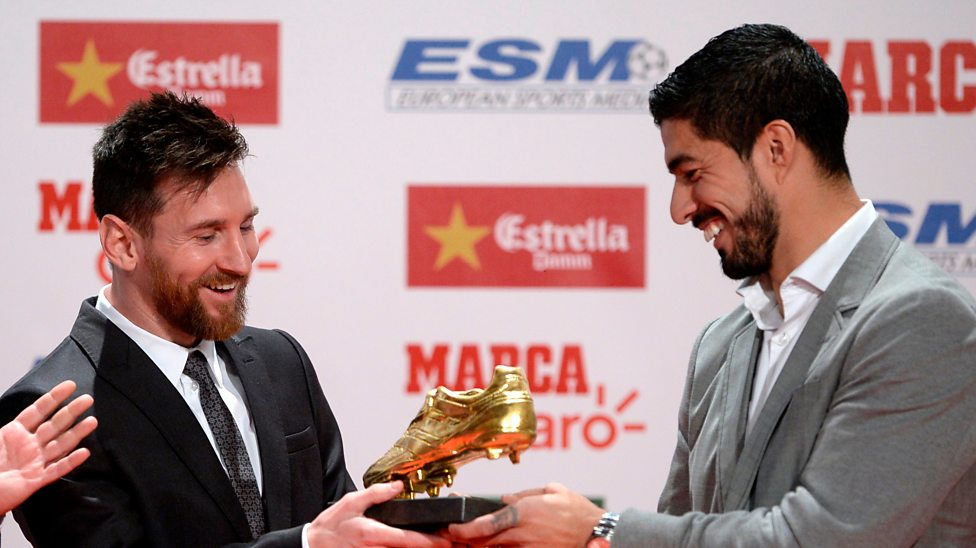 His impressive tally came from 34 top-flight games and saw him top the charts ahead of Sporting CP’s Bas Dost, who netted 34 in the Primeira Liga, while Borussia Dortmund’s Pierre-Emerick Aubameyang rounded out the top three with 31.Ronaldo, winner of the award in 2008, 2011, 2014 and 2015, scored 25 league goals last season for Real Madrid and did not make the top five. Last year’s victor and Messi’s Barcelona team-mate Luis Suarez was fifth this time around with 29, one fewer than Bayern Munich’s Robert Lewandowski.