Whatsapp for Android has received a new beta version that brings the ability to lock recording of voice messages. It should be noted that the feature is already available for iOS users and is designed to let users conveniently record long voice messages without holding the record button down the entire time.  To use this feature, users need to hold down the recording button, and then swipe it upwards to lock it. Whatsapp is reportedly also working on an option to preview the recorded message before sending. This feature is available in Whatsapp Beta version 2.18.102 and it is not yet known when this feature will be available to all users. 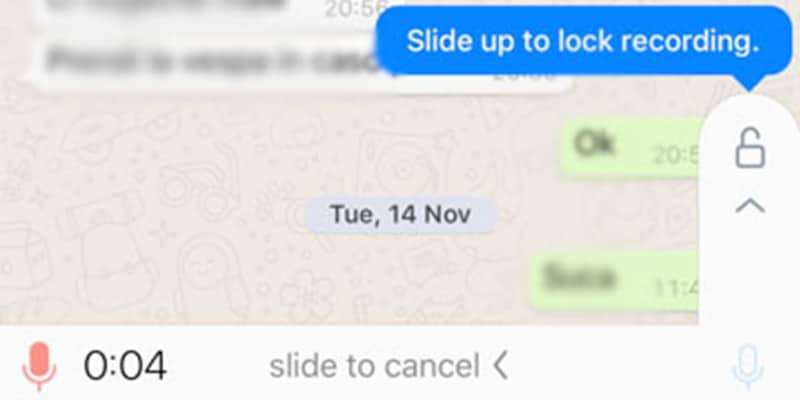