Karnataka Governor Vajubhai Vala on Wednesday invited BJP's B S Yeddyurappa to form the government and gave him 15 days to prove the party's majority. Karnataka BJP announced on Twitter that the swearing-in-ceremony will be held on Thursday at 9am in Raj Bhavan. The BJP, which emerged as the single largest party , has won 104 seats. 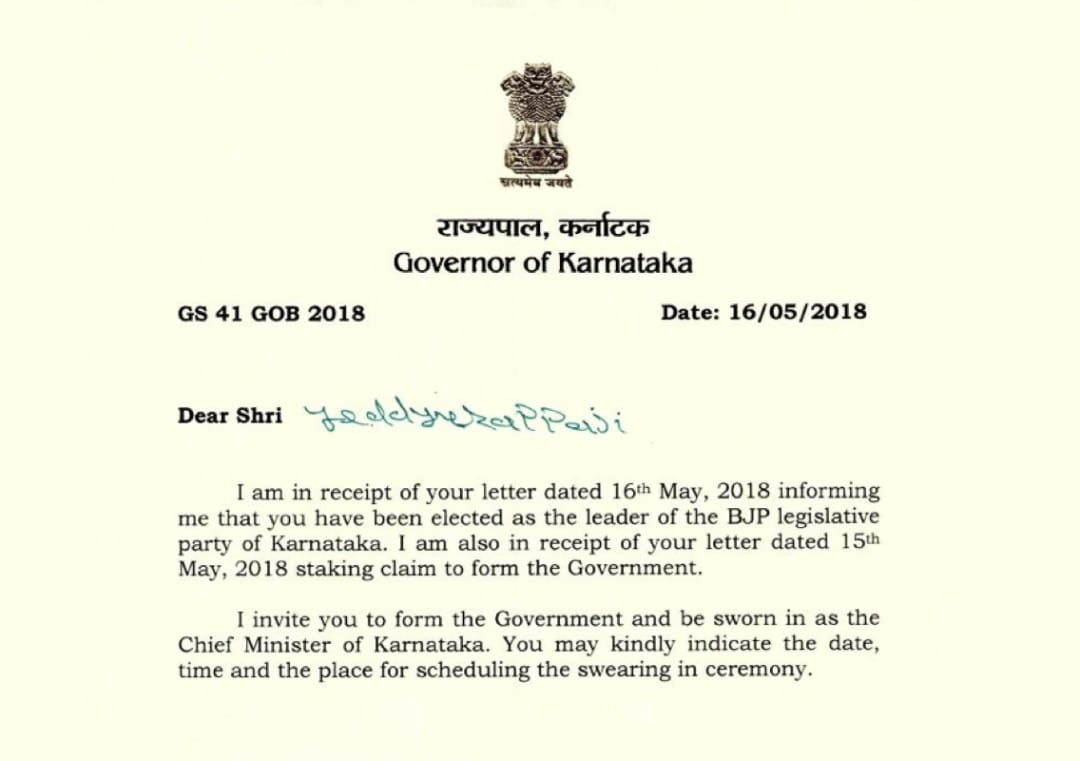 India will mourn the defeat of democrazy: Rahul Gandhi