At the Iftar party hosted by him, Gandhi, citing the video, said: "Did you see the PM's fitness video? It is ridiculous..It is bizarre...this is bankruptcy."

Gandhi then asked Communist Party of India-Marxist's General Secretary Yechury if he has also made a fitness video to give Modi a challenge. At this, Yechury burst out laughing and said: "Arre bhai, humein to chhod do (oh please, spare me)" and also that Modi is going backward and forward.

Others seated on the table like Trinamool Congress' Dinesh Trivedi, Bahujan Samaj Party leader Satish Chandra Misra and DMK's Kanimozhi also had a laugh over the Prime Minister's video. 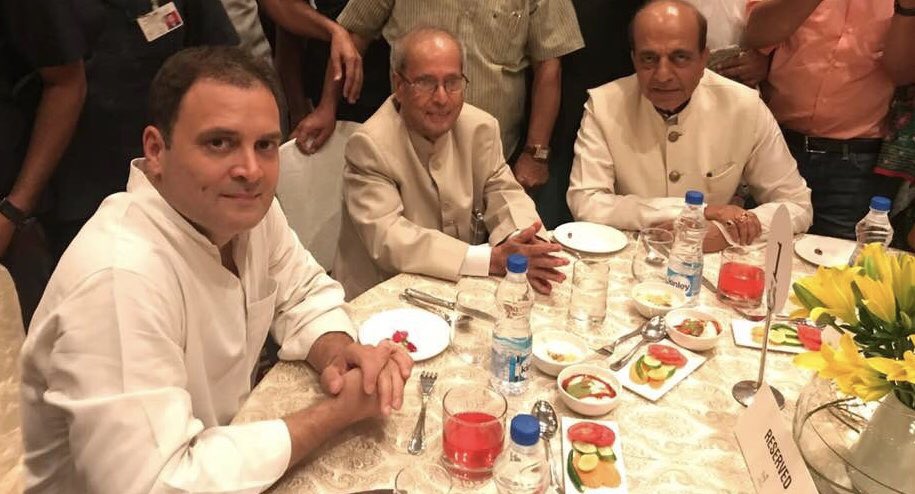 In a tweet, Modi had said: "I am delighted to nominate the following for the #FitnessChallenge: Karnataka's CM Shri @hd_kumaraswamy. India's pride and among the highest medal winners for India in the 2018 CWG, @manikabatra_TT."

"I appeal to every Indian to devote some part of the day towards fitness. Practice any set of exercises you are comfortable with and you will see the positive difference it will make in your life! #FitnessChallenge #HumFitTohIndiaFit," he also said.

Risks of Vaginal Birth after Cesarean (VBAC): 6 Factors To Consider