Thiruvananthapuram: Kerala CM Pinarayi Vijayan demanded the intervention of Tamil Nadu CM Palaniswami to reduce the water level of Mullaperiyar Dam to 139 ft. The water level in Mullaperiyar Dam currently stands at 142 ft. At an emergency meeting convened by the chief minister in the capital on Wednesday, officials had raised the complaint that Tamil Nadu was not drawing enough water in spite of repeated requests. There is concern in official circles that the reluctance of Tamil Nadu to release water at a faster could be an attempt to demonstrate that the dam is safe even when it is full.

As many as 4000 families were moved to relief camps last night in anticipation of lifting the shutters of Mullaperiyar. Shutters of dams in Periyar river were also lifted that triggered to flooding in the area. The airport is situated near Periyar river bank. On Wednesday morning, the weather office issued warning saying that heavy rain accompanied with gusty winds, speed reaching 60 kmph, is expected in most of the districts of Kerala. 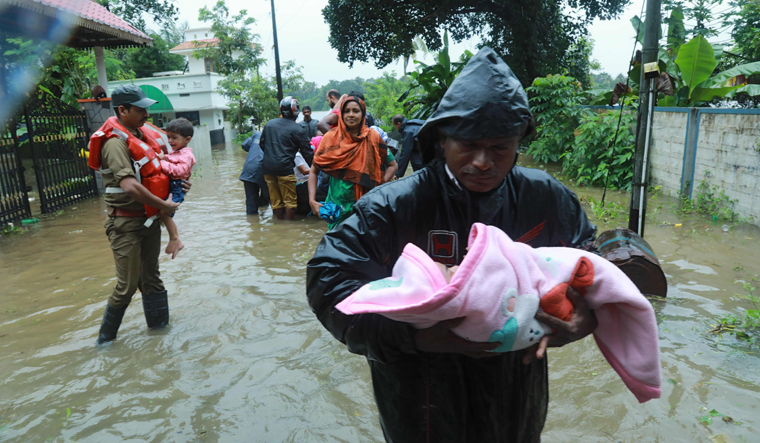