After 57 Years, UK has returned a  12th-century bronze Buddha statue stolen from an ASI museum at Nalanda, Bihar on Independence Day. The statue was among 14 stolen in 1961 and surfaced many years later at an auction in London. Once identified, the police cooperated with the Met's Art and Antiques Unit to return the statue."I am delighted to return this piece of history. This is an excellent example of the results that can come with close cooperation between law enforcement, trade and scholars,"said Met police detective chief inspector Sheila Stewart, who was accompanied by officials from the UK's Department for digital, culture, media and sport at the handover ceremony. 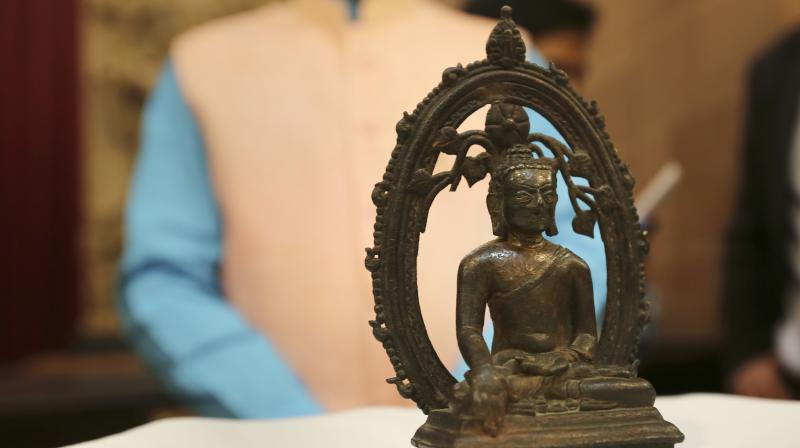