Mumbai reports 1,044 new coronavirus cases, 32 die of COVID-19 today Mumbai on Wednesday reported 1044 new coronavirus cases and 32 deaths accor... 2 found dead in Shramik Special Train that reached Varanasi from Mumbai VaranasiTwo persons were found dead when a Shramik Special Train from Mumba... Supreme Court refuses to hear plea to link Aadhaar, social media accounts NewDelhi The Supreme Court of India on May 26 Tuesday declined to hear a pe... Qatar's contact tracing app exposed data of over 10 lakh people: Report Contact tracing apps have the potential to slow the spread of COVID... Actor Kiran Kumar tests -ve for COVID-19 after testing +ve 2 weeks ago Actor Kiran Kumar who tested positive for coronavirus on May 14 has reveale... Thunderstorm with light rain in areas of UP, Rajasthan in next 2 hours: IMD The India Meteorological Department on Wednesday 325 pm issued a notificati... US willing to mediate between India & China over their border dispute: Trump The US has informed India and China its ready willing and able to mediate o...

Abu Dhabi: Staff at Abu Dhabi Airport have been left in shock after a man with a passport saying he is 123 years old walked through the terminal. Swami Sivananda's passport says that he was born on August 8, 1896, in Behala, India. Mr Sivananda had been travelling from Kolkata to London with Ethihad Airways and had a stop off in Dubai.

It is hard to tell whether he actually is 123 because the only record of his age comes from a temple register. It is certain that Mr Sivananda looks decades younger than his apparent 123 years, something that he puts down to yoga, discipline, and celibacy.

If the date on his passport is correct, Mr Sivananda would be the oldest person to have ever lived. The elderly man lost both parents before he was six and was given away by his relatives to a spiritual guru, whom he travelled with around India before settling in Varanasi. 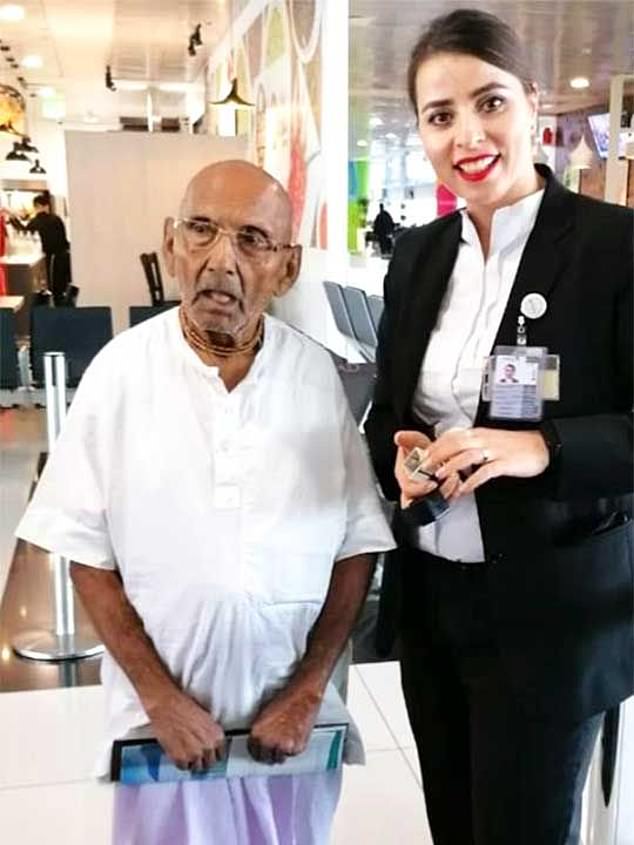 In 2016, he was reported on because of the date of birth on his passport and he said:  'I lead a simple and disciplined life. I eat very simply - only boiled food without oil or spices, rice and boiled daal (lentil stew) with a couple of green chillies.

Standing five feet two inches tall, Mr Sivananda sleeps on a mat on the floor and uses a wooden slab as a pillow.

'I avoid taking milk or fruits because I think these are fancy foods. In my childhood I slept many days on an empty stomach,' he said.

Sivananda, who was born in colonial-era India without electricity, cars or telephones, says he is not enthused by new technology and prefers being on his own.

'Earlier people were happy with fewer things. Nowadays people are unhappy, unhealthy and have become dishonest, which pains me a lot,' he said.

'I just want people to be happy, healthy and peaceful.'

So far the oldest person ever was Jeanne Louise Calment from France, who reached the age of 122 years and 164 days. 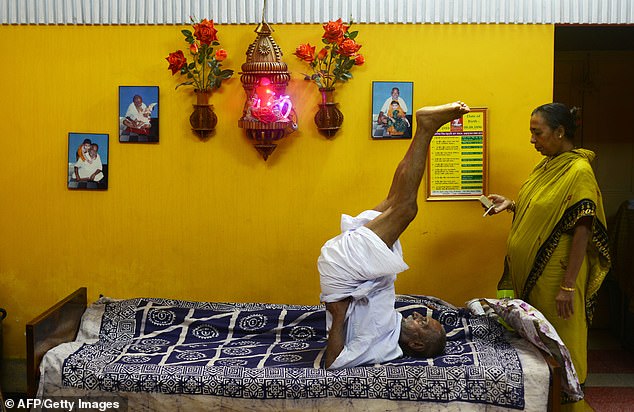 The oldest person who is currently alive and recognised by the Guinness Book of World Records is Kane Tanaka of Japan, aged 116 years and 278 days.

Sivananda has been trying to have his age and status confirmed by the Guinness Book of World Records for three years but due to difficulties in proving his age he is yet to enter the book.

After 2 months of ban, tourists to be allowed in Jammu Kashmir from Oct 10