France : Two people have been killed during a knife attack at a Marseille train station. The assailant, who was reportedly shouting ‘Allahu Akbar’, was shot dead by an army patrol at the scene.

The incident took place at the saint-Charles train station in Marseille on Sunday, when a man attacked paasers-by with a knife. One person was killed by the assailant at the scene, while another succumbed a short while after, according to police chief Olivier de Mazieres. 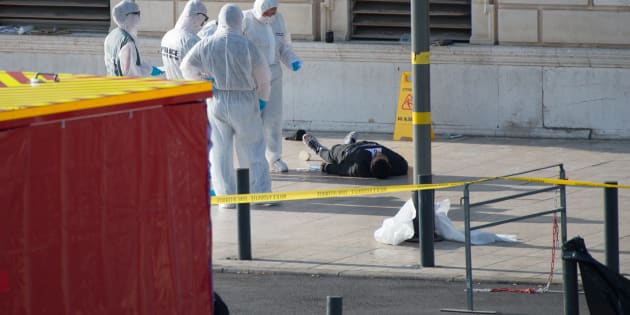 The attacker, who was reportedly shouting “Allahu Akbar”, was shot dead by an army patrol. At least two shouts were fired, local media reported, citing witnesses. The attacker is dcescribed as a man in his late twenties, who was not carrying an ID. The investigation team is currently running his fingerprints through their databases. The initial findings indicate that the attacker was known to the police as a common criminal, local media report citing sources. Both victims were women. One of the victims had her throat slit,while the other was stabbed in her stomach. The victims were 17 and 20-years-old, according to media reports.